CBR Preview and an Early Review 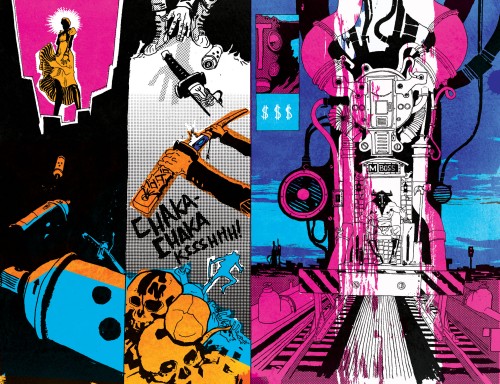 Comic Book Resources has an exclusive preview of some beautiful art from Volume 2. They’re showing off a couple pages each from the epic “Theseus and Metrotaurus” by Ronald Wimberly and “Game Changers” by Ben Kahn (script), Alexandria Huntington (art), and HdE (letters).

Meanwhile, the book’s just starting to get some advance reviews. The first one’s short, but very sweet!

On her review blog, Carrie Griffin says: “This was everything for my Greek Mythology loving heart. I loved how much these short comics felt like the original myths but also the changes to them. This was a great fresh take on each of the tales used and is one of a kind. Also, the different styles made each tale stand out on their own. I recommend this to anyone who loves great comics and/or Greek Mythology.”